Google Pixel 4a vs. OnePlus Nord: what is the better value for money? 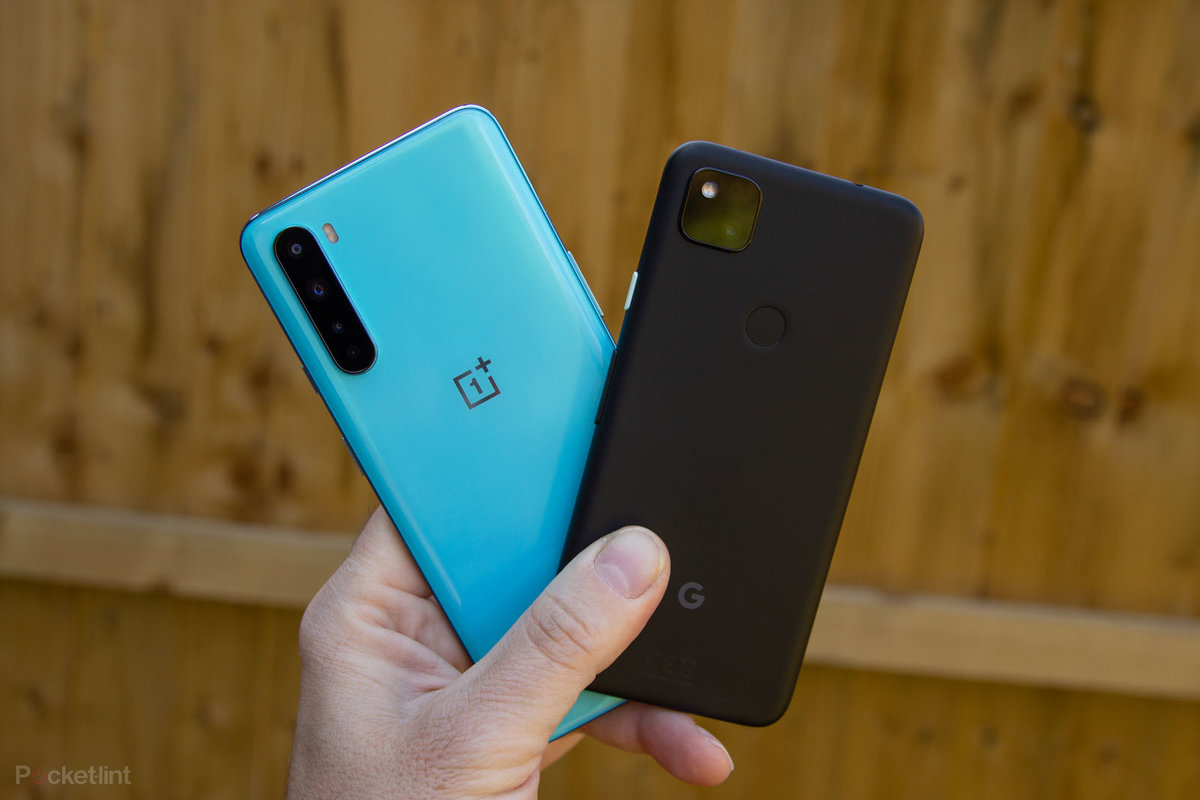 In this article we bring you a comparison between the Google Pixel 4a vs. the OnePlus Nord, phones that have achieved the impossible by making the mid-range become very, very interesting. While they lack the specs compared to their Premium counterparts, they both manage to offer many of the features you’d expect to find in a Pixel 4 or OnePlus 8. The Pixel 4a packs a camera that’s as capable as any other flagship device from Google. , while the Chinese phone offers 5G support and excellent battery life.

Both phones are great, but which one is better? We break down its specs and compare its performance across a variety of categories, which will hopefully help you decide which one offers the best features for what you’re looking for.

The Google Pixel 4a greatly improves the design of its direct predecessor, the Pixel 3a. The old-fashioned front bezel is gone, and instead the company added a nicer screen that stretches from edge to edge, with a hole-punch selfie camera mounted in the upper left corner. The OnePlus Nord also has a neat, edge-to-edge display, although on its front it has a dual-lens selfie camera in the corner. It’s less inconspicuous than a single-lens camera, but the potentially negative impact on the Nord’s appearance is balanced out by slightly narrower borders around the screen. It also has Gorilla Glass protection on its rear, while the Pixel 4a gets by with cheaper and less attractive plastic.

The OnePlus Nord houses a larger 6.44-inch AMOLED display, in contrast to the Pixel 4a’s 5.81-inch OLED display. Compared to the 4a’s panel resolution, which is 2,340 x 1,080, that of the Nord is slightly larger, reaching 2,400 x 1,080. That said, the larger screen means it actually has fewer pixels per inch, 408 instead of 443. This may make it look a bit less vivid in practice, although the difference won’t be that significant.

One advantage the Pixel 4a has over the OnePlus Nord is its size and weight. It’s a little over 40 grams (over an ounce) lighter and it’s also slimmer and less tall. Therefore, most users will likely find it more comfortable to hold and use, although the Nord is only slightly larger.

Lastly, both phones lack an IP durability certification, so it’s hard to say which one will last longer. We’re going to declare this round a draw, as both phones are pretty in their own way and both offer vibrant and satisfying displays.

The Pixel 4a works with the Snapdragon 730, while the OnePlus Nord comes with the Snapragon 765G “under the hood.” The difference between the two processors is slight, as the 765G has improved GPU performance, which means that graphics and images will be rendered faster on the Nord.

Both phones come with 6GB of RAM as standard, which should be enough to handle the vast majority of games and applications that you probably want to install. That said, you can buy the OnePlus with either 8GB of RAM or 12GB of RAM, which makes it noticeably more powerful than the Pixel 4a, if you have money to spare. The 12GB version of the OnePlus Nord also provides 256GB of internal storage, while the 8GB and 6GB versions come with 128GB and 64GB, respectively. The Pixel 4a gives you a generous 128GB as standard.

One area where the Pixel 4a is not that generous is the battery. It’s a far cry from the OnePlus Nord in this section, offering a cell of just 3,140 mAh, while the OnePlus phone offers 4,115 mAh. The Nord can comfortably last more than a day without recharging, while the 4a may need to be recharged in a single day, especially if you are a heavier user.

Then there is the fact that the Pixel 4a supports fast charging at 18W, while the OnePlus Nord at 30W. This allows the OnePlus device to charge to 70% in about 30 minutes, which is ideal for anyone in a hurry.

Combined with the superior processor, this battery advantage gives the OnePlus Nord a clear victory in this round.

The camera is where the Google Pixel 4a really excels. It employs the same 12.2MP prime lens as the Pixel 4 and runs on the same software (like Night Sight), which makes full use of Google’s artificial intelligence (AI) prowess. This may not sound like much on paper, but the 4a takes great photos in virtually all conditions.

The OnePlus Nord, on the other hand, has more impressive specs, but less flashy results. Its main camera is a 48MP Sony IMX586, topped off by an 8MP ultra-wide camera, a 5MP depth sensor, and a 2MP macro sensor. This hardware configures it as a telephone with a very versatile photographic section, but the reality is quite different. We found that it often overexposes shots and you can’t use HDR as well as the OnePlus 8 (high-end), resulting in photos that lose detail somewhat.

To be fair, the OnePlus Nord lets you capture 4K video at 60fps, while the Pixel 4a can muster just 30fps. However, this is not enough to counter the top camera of the 4a, so this round is a decisive victory for the Google phone.

OnePlus Nord runs under the OxygenOS 10 customization layer, which is the company’s own version for Android 10. It’s one of the best Android skins out there, and it offers a fast and fluid user interface that isn’t too feature-packed. . One of its main additions to Android that you can find is the Zen Mode, which helps preserve your sanity by giving you a 20-minute wait time, during which your calls and notifications that you may receive at that moment are silenced, and not you can access other applications.

It may not be all that new, but the Pixel 4a runs on Android 10. The advantage it has is that, being a Google phone, it will be the first to receive major software and security updates. This puts it ahead of the OnePlus Nord, which won’t benefit as often from new software releases.

The Pixel 4a and One Plus Nord each have a special feature, and which one is more special will depend on your priorities as a phone user. The Pixel comes with the aforementioned flagship camera, which basically allows even inexperienced photographers to point their phone at a person or scene and manage to capture a high-quality photo. Meanwhile, the Nord comes with 5G support, allowing you to surf the web and download media at a much higher speed.

There’s not much else to note other than that, although the Pixel 4a does offer some Google-exclusive features that you typically don’t have on other Android devices. Its augmented reality directions mode of Google Maps is also useful if you find yourself lost in an unfamiliar location, while artificial intelligence-based features such as the call screen can help you save time.

This round could be defined either way, although the exclusive Google Pixel 4a extras may be turning points for some. On the other hand, 5G offers a level of protection for the future that others may value more than anything else, so we will declare another tie.

The OnePlus Nord is available in the UK at OnePlus, AmazoN, Three and John Lewis stores. Pricing starts at $ 480, but the Chinese company recently announced that it will not launch this device in the United States beyond a restricted beta program.

The Google Pixel 4a will be available for $ 400 starting August 20. Google has confirmed that it will be sold through Verizon, US Cellular and Google Fi. However, they still do not confirm if the phone will be available on T-Movil, Sprint or AT&T.